In May 2022 we gathered with 8 terrific callers in Nashville, TN for five days of classroom and studio time.  We focused on music, creative choreography, singing call presentation, and showmanship.

Those 8 terrific callers . . . got even better.

At the end of the course, we headed back into the famous Hilltop Recording Studio.

Once a month we’ll feature one of those callers’ hard work and successful recordings.  We hope you’ll add them to your music collection.

Artist of the Month 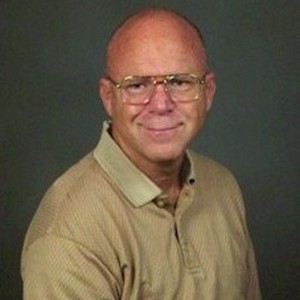 Frank was introduced to square dancing in 1965 by his parents as part of their family activities. While he enjoyed dancing (with his sister as his partner), the choreography and puzzle solving fascinated him more. He called his first tip when he was 13 years old.

In January, 1984, Frank reentered the activity as a student, and still intrigued with the mechanics attended Bob Johnston’s caller school in June of 1984. He was hooked, and in the following 38 years he has had the opportunity to call in 17 states and 8 countries. He has led several group tours and square dance cruises around the world.

Over the years Frank has been blessed to call for a variety of clubs. The Hoof Beats of Norco, California, were an all-female, equestrian exhibition group. Surprisingly the riders weren’t square dancers, and they learned the routines along with the horses. They performed at rodeos, parades, and anywhere there was a crowd!

For 15 years Frank was proud to lead the Sunshine Twirlers, a Handicapable Square Dance Club in Buena Park. Although the members were varied with their disabilities, it didn’t matter once they squared up and began to dance.

Through the years he has attended and conducted many caller’s schools, and in 1999 Frank received his Accreditation as a CALLERLAB Accredited Caller Coach, the 29th caller in the world at that time to have achieved such status. He formed the California Caller’s College in 2000. He is a CALLERLAB member and has served on numerous committees with CALLERLAB over the years.

In 2007 MTV asked Frank to be part of one of their dating shows – ‘Parental Control’. The only problem was that there were only two people in the scene. So, with a little improvisation, those two dancers were doing a Dosado, Stars, and even a modified Grand Square to accommodate the cameras with the accompaniment of Grammy Nominee Lisa Haley and the Zydecats.

The current CALLERLAB programs that Frank calls are Mainstream (SSD) thru C-2. Frank was the author of the CALLERLAB Mainstream and Plus Quarterly Selection, “LUCKY STAR” (the LAST Quarterly Selection), which became effective in July 1996 through June 1997, as well as many other Square Dance calls listed in Burleson’s Encyclopedia.

Whether it be dancing with dancers from seven different countries in Saudi Arabia, calling in front of the Alamo, leading dancers at the Four Corners Monument, or dancing in the elevator of a cruise ship, square dancing has paved the opportunity for making new friends, great travel, and fantastic memories.

Frank is a native southern Californian. He and his wife, Debbi, live in Riverside, California, and have been married for 11 years. Frank’s daughter, Jodi, lives in Las Vegas, Nevada, with her two children, Devin and Kaliegh.

Previous Artists of the Month

Click on any photo below to hear music previews and watch the callers’ videos.